Lights, Camera, but No Action,” a paper by Michael Thom, Fails to Add to Film & TV Tax Credit Discussion

By Mariah AdedejiSeptember 6, 2017 No Comments 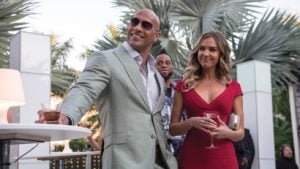 In 2014, the California legislature enacted Assembly Bill 1839, which reauthorized and further expanded funding (to $330M), eligibility (e.g., to include one-hour TV shows), funding categories (to include more types of production projects), production budget caps (from $75M to $100M), and the number of allocation periods (from one per year to multiple allocations throughout the year) under the program as a way to increase the original incentive program’s ROI, which was shown to return $1.11 to local and state governments for each $1 of tax credit certificate issued.

As the current five-year program quickly approaches its final year (FY 2019-2020), California state legislators will begin to deliberate on the merits of extending and/or refining the incentive program. Certainly, there will be opinions on both sides of the issue. And so, we hope that legislators will, once again, rely on dependable and trustworthy ex-post economic impact analyses, such as the analysis conducted by the LAEDC in a March 2014 report commissioned by SCAG: https://laedc.org/2014/03/20/film-television-tax-credit-report-released-scag/, to assess the ROI of the state’s film and television tax credit program.

With these accuracy and reliability goals in mind, the authors of the LAEDC’s March 2014 study recently reviewed “Lights, Camera, but No Action,” a paper authored by USC professor Michael Thom that presents a cross-state, longitudinal analysis of motion picture incentive programs, which the author somewhat obliquely describes as preferential tax treatments awarded to the motion picture industry. Unfortunately, the LAEDC found a number of acute problems with professor Thom’s empirical analysis, leading to the conclusion that professor Thom’s paper “fails to add much to the discussion of the effectiveness of [motion picture] incentives.” In light of our findings, legislators are encouraged to read the LAEDC’s full assessment of “Lights, Camera, but No Action” before citing the paper as probative “evidence” of the California program’s value. Read LAEDC’s full analysis of the paper here.

For more on this topic, please see the following link: