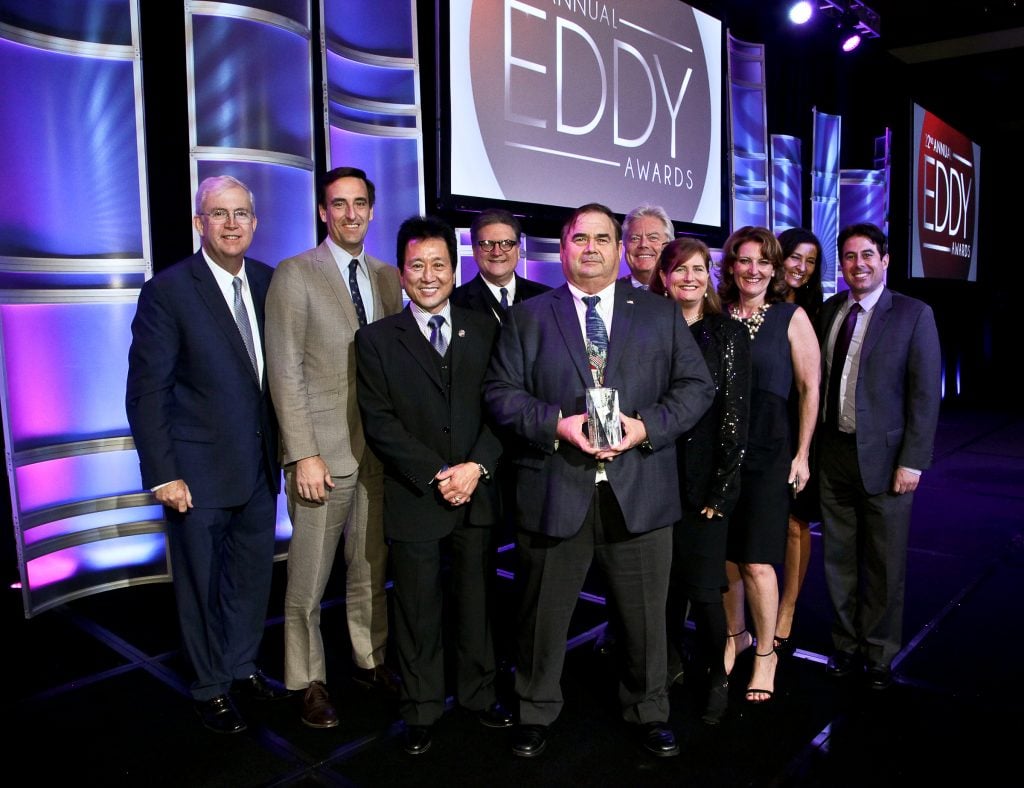 “See Arcadia. Above & Beyond”

By Adam WeissFebruary 2, 2018 No Comments

“See Arcadia. Above & Beyond.”  That is the motto which spurred both vision and action in Arcadia, leading to the City’s recognition as the “Most Business Friendly City” of 2017 at LAEDC’s Eddy Awards for economic development excellence. Due in no small part to the city staff that are committed to going above and beyond expectations, Arcadia’s efforts to advance opportunity and prosperity for its residents are truly notable. We recently spoke to Tim Schwehr, the Economic Development Analyst for the City of Arcadia, about winning the prestigious Eddy award and what the city has done to promote the accolade.

How has the Eddy Award impacted the city?

In the short term, there has been an increase in attention and interest shown by commercial brokers. The outreach from commercial developers has been more noticeable since receiving the award and there is a great sense of pride from the residents of Arcadia. The award helps to validate the 5-year project that was enacted to facilitate growth in the city. Now, the various commercial districts have all responded positively with excitement and renewed energy around their efforts for more future growth.

What is Arcadia doing now that they’ve won the award?

The city has created a marketing team that is focused on letting everyone know about the Eddy award presented by LAEDC. They’ve set out on a 12 month campaign to raise the awareness and recognition of the award throughout the county. Tim and his team have started to incorporate the award logo into their business brochures, and the Chamber of Commerce has integrated the award logo into their social feeds and marketing materials. The marketing team has also sent an email blast to many more commercial brokers to garner attention to the fact that they won an Eddy. When asked about the idea of putting up stickers in the windows of local business fronts to promote the award, a-la Yelp, he said it was a real possibility given their low-cost approach to spreading the word. With one year to promote the award, the team is in the process of making new videos that highlight the city and mention the award. That project is in conjunction with the City Manager’s office and their marketing campaign for Arcadia. 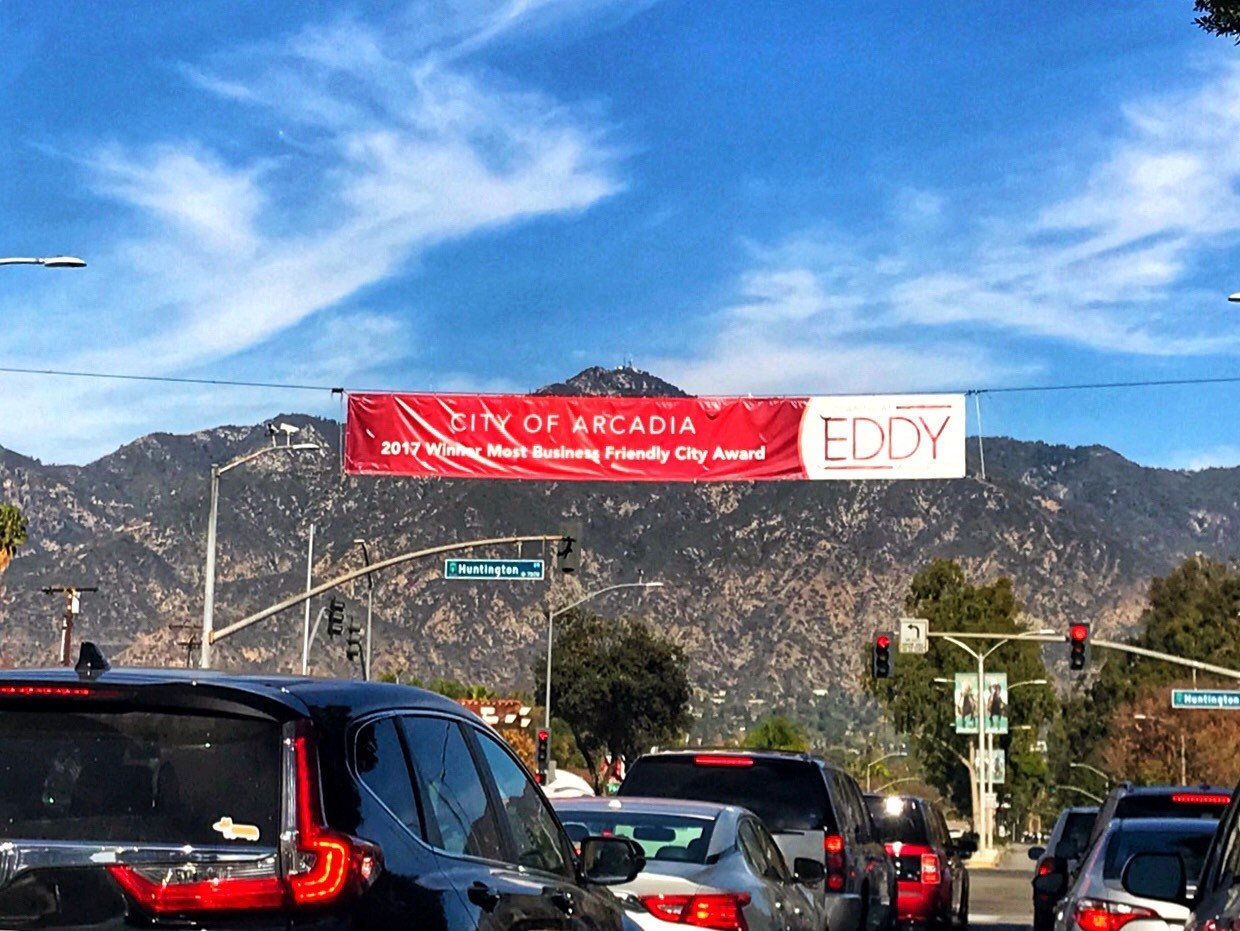 How has the community helped Arcadia prosper?

Arcadia has a strong sense of community. It is not a massive city in terms of population, so the sense of community is present. Whether a resident has lived in the city for one year or 30 years, whether they come from overseas or are native to Arcadia, all are welcome. There exists a good balance between both the individualistic pursuit for success and the collective prosperity. This benefits everyone; the business owners, the consumers and the residents are all happy.

What kind of industries would you like to see come to Arcadia?

Arcadia expects to see more restaurants, gastropubs, and breweries make their way to the downtown districts. In the south part of the city, Arcadia is seeing growth in the manufacturing and logistics industry and will continue to grow. Tim also expects the medical offices and peripheral services to continue developing in conjunction with the nationally-recognized Methodist Hospital near the city center. So while national and global brands may populate the Westfield Mall, the smaller, independent retailers and businesses will help increase the diversity of businesses in the city.

Does Arcadia intend to repeat the award?

Although they cannot enter into the award nominations immediately following the victory, Arcadia will strive to be in the running to win the award every time they enter the prestigious LAEDC Eddy nominations. Arcadia wants to be synonymous with a place that is perfect for prosperous and successful economic development.

Where do you see Arcadia 10 years from now?

Tim foresees lots of opportunity for growth. The Westfield Mall has evolved to adapt to the new economy that centers around restaurants and entertainment, rather than focusing on the retail aspect of traditional malls. The Santa Anita Park is continuing development on the lot to diversify and strengthen the park’s appeal as a Los Angeles destination. Downtown Arcadia has continued to see progress with the introduction of the Metro Gold Line stop in the middle of the district and new zoning that aims to increase the use of mixed-use lots and properties. With this given potential for growth, the hope is for Arcadia to win another Eddy award from LAEDC during the next 10 years.