By Lawren MarkleJuly 2, 2019 No Comments 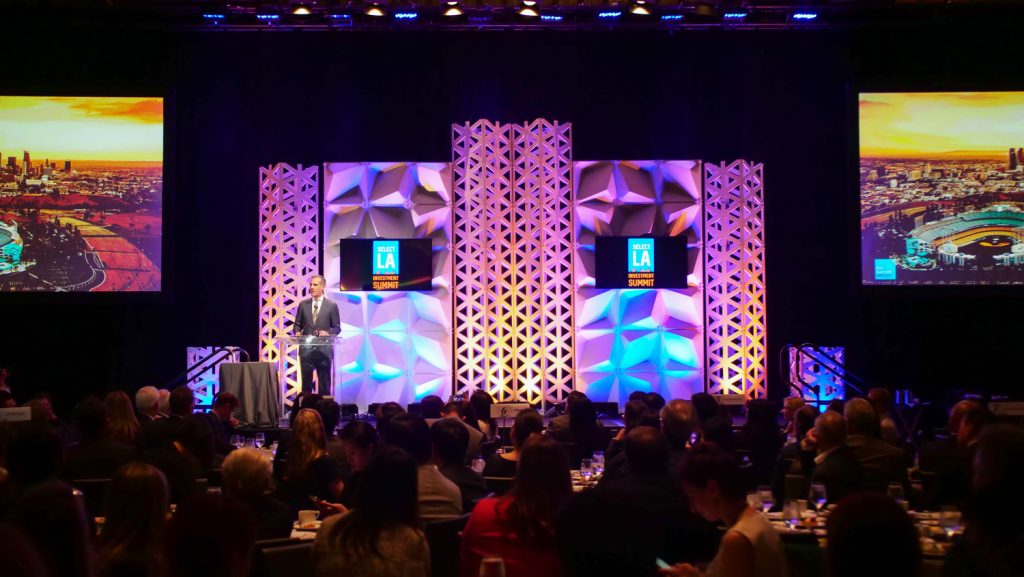 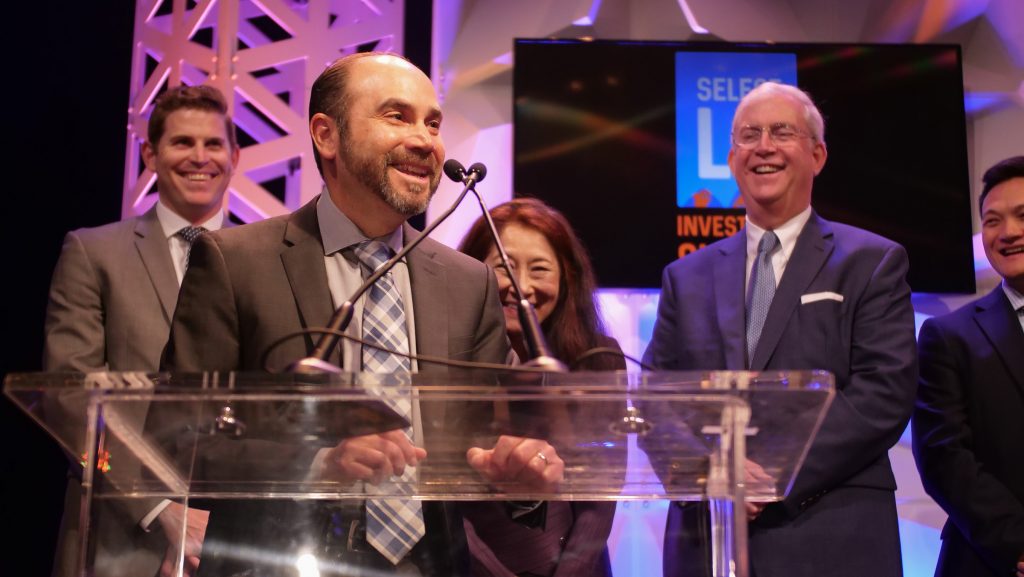 American Honda Corporation was honored with the FDI Award, which is presented annually to one foreign-owned enterprise making a huge and valued contribution to LA’s economy and jobs.  This year marks Honda’s 60th anniversary of calling LA home in the United States, with its sales headquarters in Torrance and design headquarters in Torrance and Downtown Los Angeles.  Marcos Frommer of Honda remarked, “Back then, eight Honda associates — just eight! — began selling motorcycles with dreams of success in this exotic city called LA.”  “Today, nearly 2/3 of the vehicles we sell in the United States are produced in the United States, and we rank second among ALL automakers, foreign and domestic for share of vehicles that that are built and sold in the United States.  And last year alone, we spent $22 billion with 600 U.S. suppliers.”  Frommer also said, “Just like Los Angeles, our business relies on global trade, regulatory certainty and a skilled and diverse workforce.  These conditions make us stronger, more innovative and more resilient.  We are especially grateful to the Los Angeles region for welcoming us when we were just a small startup company with big dreams of making it in America.  That’s why, six decades later, we still call Los Angeles home.”

Lenny Mendonca addressed the current international situation directly, by saying, “We need to ensure that the World stays connected and we have friendly and collaborative relationships with our best partners around the world.” He added, “California benefits enormously when we have a free flow of ideas and culture and exchanges…California has an open and outreached hand.”  He also reaffirmed the State’s commitment to international trade and investment in California, and pointed out that Lt Governor Eleni Kounalakis’ appointment as chair of International Trade Committee is another sign of how much emphasis California places on global connectedness, recalling her prior role as US Ambassador.

As the conference started, the first plenary session on LA’s upcoming mega-events set the stage for discussion of many opportunities in LA, especially in light of the coming 2028 Olympics and the related new stadium construction surrounded by live-work-play developments, new transportation projects, and related infrastructure.  This discussion revealed opportunities in several related industries.  The phenomenon of Esports was also discussed because this aspect of the gaming market is driving attendance, innovation and big investment in a whole new sphere of large venue events. 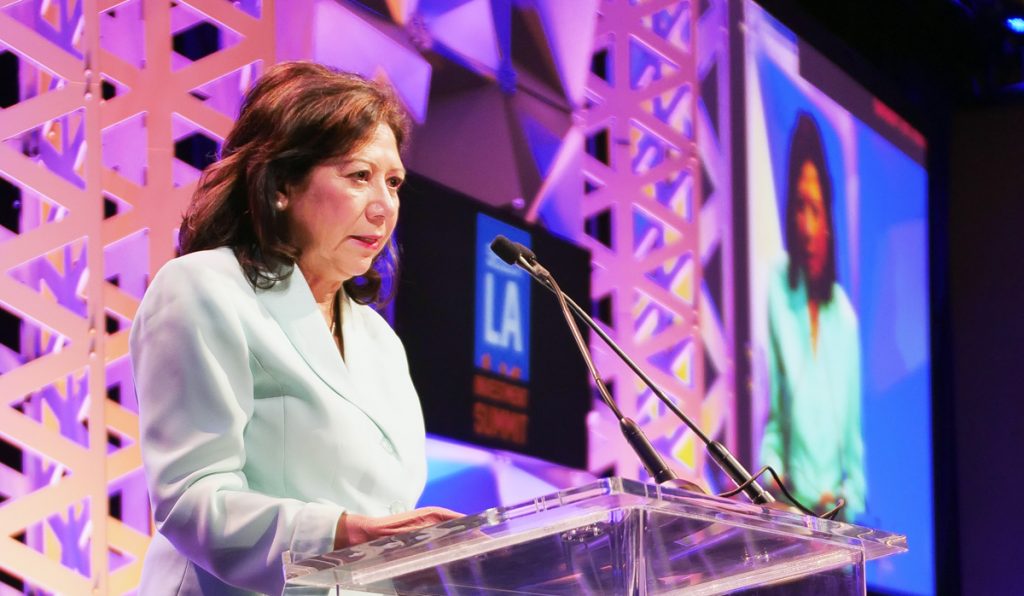 Two major new reports were presented at the Summit, including the annual update to the FDI in Southern California report, and a new report FDI in the City of LA, which quantifies the local and positive jobs and investment impact from foreign-owned establishments. 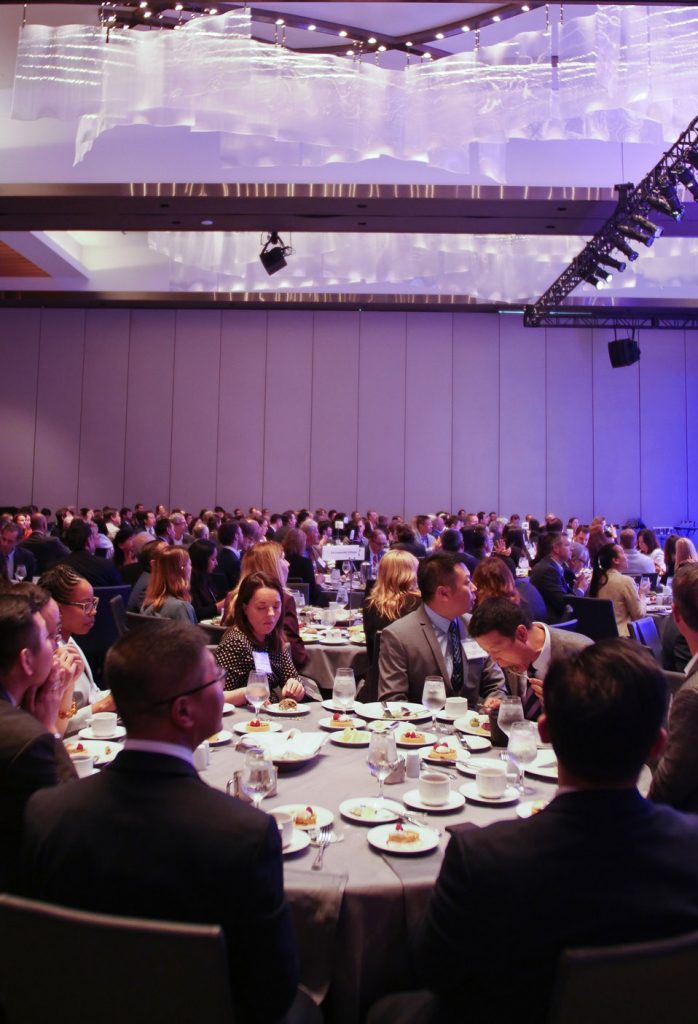 Several sessions explored industries which present investment opportunity, such as the mobility sector.  LA both needs innovative solutions to transportation, and is an innovator, with many startups building new models of mobility, in terms of apps, zero-emissions rideshare, scooters, bikes, hyperloop concepts, autonomous technologies and much more.  Additional topics at the summit included VC funding of the tech industry in LA, and the AI and big data industries in Los Angeles.

Select LA kicked off the prior evening, June 5th, with a lively evening mixer on the backlot of Warner Bros studios in Burbank, where great connections happened, thanks to our opening reception host Warner Bros.  The main full-day conference was conducted at the Intercontinental Hotel, an appropriate location considering the building was recently completed thanks to a $1.3 billion investment from South Korea.

The closing reception was graciously hosted at the residence of the Consulate General of Canada in Los Angeles, which also partnered with LAEDC to release a new report on Canada’s close economic ties to Southern California.

We hope to see you in June 2020, when Select LA Investment Summit continues for a sixth year.

LAEDC and WTCLA thank all the sponsors which made this event possible!